From the author of Coraline comes another unique story, The Graveyard Book. Neil Gaiman’s story about the boy who grew up in a graveyard is addictive and charming. I found that I could not put it down,.and now that I have finished it, I want more!

The book opens with “the man Jack” murdering a family as they slept in their home. Except that Jack didn’t realize that a curious toddler had climbed out of his crib and out of the house. Somehow, the toddler makes his way unharmed up a hill into a cemetery. The ghosts of the graveyard are not sure what to do with the toddler or know if they should take care of him. Mr. and Mrs. Owens, graveyard residents, agree to act as the toddler’s parents after the “Lady on the Grey”, implied to be the Angel of Death or Grim reaper, declares that The toddler will have the protection of the graveyard. He is now able to pass through solid objects, such as tombs and headstones, inside of the graveyard. He will not be protected out of the graveyard, where “the man Jack” continues to search for the toddler his failed to kill. Silas, who appears to be a type of reformed demon that splits his time between the graveyard and outside of the graveyard, becomes the toddler’s provider of food, clothing, and education, while Mr. and Mrs. Owens become his guardians. The toddler is named Nobody Owens, often called “Bod”.

Bod grows up in the graveyard. Many of the residents teach him subjects such as history, fading (the ability to disappear if no one is paying direct attention to you), dream walking (the ability to enter another person’s dreams and manipulate the dream as long as no harm comes), and how to haunt (to make people feel uneasy). Bod’s graveyard parents, Silas, and Mr. Pennyworth are his main instructors while he is a young boy.

As a young boy, Bod meets Scarlett one day when she and her mother are visiting the graveyard. Scarlett and Bod encounter the Sleer one day while exploring a cave in the graveyard. The Sleer is a mysterious presence whose purpose is to protect his “master” and his master’s treasure from the rest of the world. While Bod does not show fear during this encounter, Scarlett does and the Sleer can feed off of it. When the two emerge from the Sleer’s cave, her parent are convinced she went missing for a while and decide to move to Scotland. Bod is not sure that he will ever see Scarlett again. However, he soon meets a young, quirky witch name Elizabeth in an old part of the graveyard. They are curious about each other and become friends quickly.

Bod continues to explore areas of the graveyard as he continues to grow up in this most unusual environment. Once Bod falls through a particularly scary grave marker and is captured by Ghouls. He is scared and certain that he will end up in this fiery and hellish world, until Miss Lupeascu (the strict woman who looks after Bod while Silas is away and gives boring lessons that turns out to be a Hound of God or Werewolf) and Silas rescue him. Bod now sees Miss Lupeascu and Silas through new and awestruck eyes. 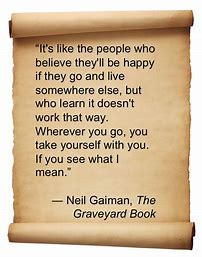 Even though Bod grows up in an unusual, but loving environment, he is curious about how other alive kids grow up. He leaves the protection of the graveyard and enrolls in the local school, where he realizes that a “normal” childhood is not for him. Bod becomes desperate to find out about his original family and who killed them. His curiosity leads him to a pawn shop nearby, where he becomes trapped and his skills learned in the graveyard do not seem to work. With the help of the shop owner, the Jacks race there to finish the job they started so many years ago, but Bod’s friends are quicker.

Scarlett returns to the area, not knowing about the Jacks and their connection to Bod, and she introduces Bod to her mother and their new neighbor, Jack Frost. Jack is ready for Bod and attempts to kill him, but Bod and Scarlett escape to the graveyard. Jack chases them to the graveyard, but Bod has hidden Scarlett with the Sleer. Is that a safe move? Can Bod take on Jack Frost on his own? Will he have to say goodbye to the graveyard?

How do you think it turns out? You’ll have to read the book!

The Graveyard Book was a surprisingly addictive and easy to read book. Despite his unusual childhood, Bod goes through many of the phases of growing up and faces similar challenges that kids who do not grow up in a graveyard go through. Bod struggles with finding his identity and relating to his peers. He experiences the pressure at school to fit in and is picked on for being different. He deals with the loss of a friend when Scarlett moves away, but learns how to make new friends. He also learns that people may not always be who you think they are, as evident in Miss Lupeascu and Mr. Frost.

The plot interesting and unique, but some of the scenes became a little predictable toward the end. The author develops each character just enough that the reader wants to know more about each back story. I bet there could be an entire book just on the Jacks, on Silas, on Miss Lupeascu, and on Elizabeth. Better yet, a book on what happens to Bod after he says goodbye to the graveyard residents and leaves to start his own life.

There are some dark scenes, but nothing that would keep a young reader from enjoying this book. I would say that it is safe for any school-aged child to read with or without their parent.

When the book ended, I wanted more. You will too! I hope that there is another volume so that I can see what becomes of Bod, if he maintains a friendship with Scarlett, and if he is able find a way to visit his friends in the graveyard because everyone wants to go back and visit home once in a while. 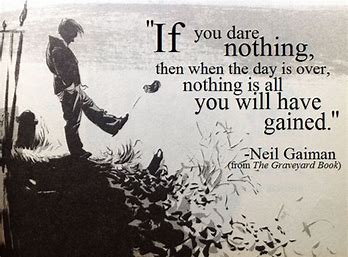